How to Have a Feelin’ Yourself Fall with Microhabits

Warning: The PSLs have landed.

Fall is upon us, and I know that because my social feed is all sweater ‘fits and NYFW recaps. But besides the return of our coziest content, autumn is also the time to take stock of the things around you. That introspection could lead to a desire for change, which is where we come in.

Whether you’re looking to jumpstart a wellness journey, revamp your style, or even just read more, any new task can seem like a huge undertaking. (Really, just getting out of bed takes a Herculean amount of strength some days.) We want change, but getting there? Oof. Unless, of course, you have a plan, and that plan should be microhabits.

According to Dr. Alice Boyes, an author and former clinical psychologist, microhabits are similar to regular habits—behaviors we consistently do in response to an external or internal cue—just smaller. “Regulary going to the gym for an hour is a longer habit. The microhabit might be that the first thing you do when you go to the gym is get on a particular machine,” she says.

While Dr. Boyes stresses that the principles behind habit formation are the same no matter the size, it can be easier for smaller habits to become automatic. For example, pouring cereal in before the milk could become a habit faster than working out for 30 minutes a day due to its low-lift nature.

The reasonable next question is, “How will one tiny habit help me achieve a big goal?” Glad you asked, because I did, too, and Dr. Boyes says it could be easier to add up multiple smaller habits than to start a large one. Let’s say you’re studying a new language and want to learn 10 words a day. Instead of telling yourself to do vocab for 30 minutes every day, it might be easier to look up one word every time you scroll social media. That’s a tiny action that doesn’t require much time, making it easier to stick to.

How do I approach starting habits?

Behavioral scientist Dr. Ayelet Fishback (who literally wrote the book on motivation) calls these “approach” and “avoidance” goals, and says “avoidance goals are hard because they bring to mind the thing you’re trying to avoid.”

That tracks, because every time I’ve told myself not to eat sweets, I immediately want to devour the world’s largest brownie. So, if you’re endgame is to improve nutrition, you’re more likely to get there if you frame your habit as eating more fruits and veggies instead of eating less fast food.

What’s the right habit to set?

Honest truth: I’d love to be a runner. I would also adore having glazed-donut skin thanks to a meticulous skincare routine. There are like 29 more things on my wishlist, but they all have one major issue: none of them feel like me.

As Dr. Fishbach says, “Setting a target is effective to get you to do something, but whether that thing will become a habit depends on how well it fits with your life.”

We could all force ourselves to try anything for a few days, but if we hate it, it’s never going to work long-term. I’ve tried running at least 3 different times and always quit. Then I found pilates and actually looked forward to afternoon workouts. Some people hate pilates but love hot girl walks.

It all depends on the person, so if you have a broad self-growth goal like, “I want to become stronger,” it’s okay if your way there isn’t the same as everyone else’s.

Once I decide on a new habit, how do I stick to it?

This might seem obvious, but there is a huge difference between, “I want to start meditating,” and, “I want to meditate every day for 15 minutes.” The first statement doesn’t clearly define our desired habit. When do you want to start meditating? How long do you want to meditate for? Answering these questions to create measurable goals can help us follow through.

It also makes tracking progress way easier. In the meditation scenario, it’s clear if you accomplished your goal. If you only “ohm”-ed 4 days last week, you know something was off during the other 3 days. Was there a last-minute work assignment that threw your game, or was that the day Netflix dropped the new Love is Blind episodes? When your goals are measurable, you can see when you’re staying on course, but also what’s throwing you off. 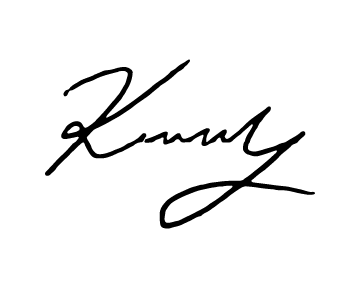 There are 2 comments posted by our users.